HBO: We Are Who We Are 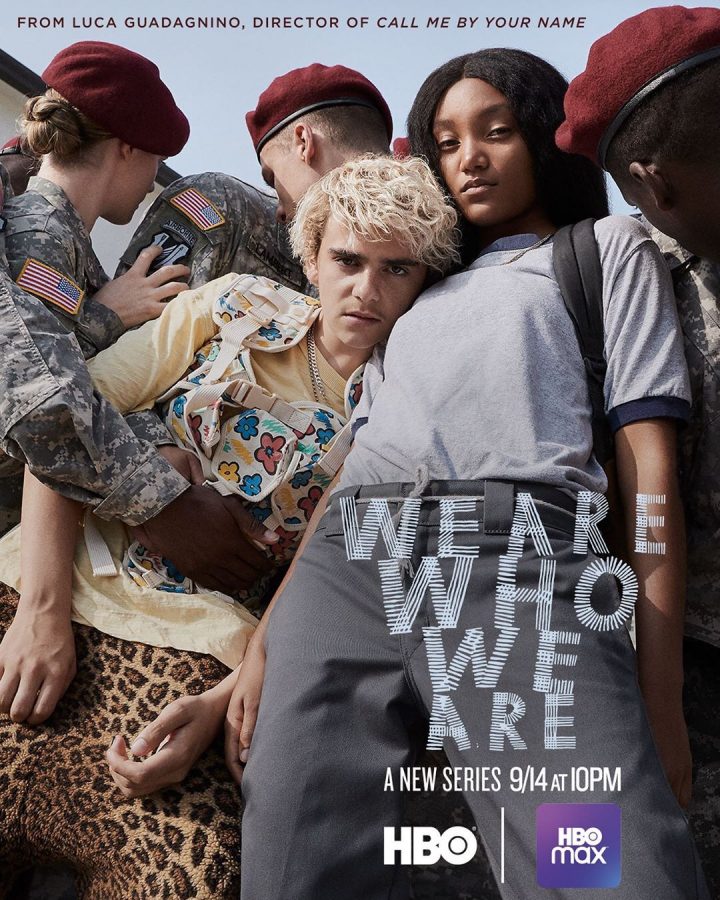 Adventure, love, friendship, and monumental moments compacted into 8 episodes and gracefully portrayed in HBO’s “We Are Who We Are.” This coming-of-age series celebrates and captures the unique, yet somewhat similar experiences that all teenagers can relate to.

The show is set in the U.S. Army base in Chioggia, Italy. The story starts with Fraser (Jack Dylan Grazer), the son of the new commander, Sarah (Cholë Sevigny). Naturally, he’s shy and closed off when interacting with the other Army kids.

The in first episode we are also introduced to Caitlin (Jordan Kristine Seamón), who has a tight bond with her father, Richard (Scott “Kid Cudi” Mescudi).

Throughout the series, the relationship between Fraser and Caitlin showcases the roller coaster of emotions that comes with adolescence.

Fraser and Caitlin have a strictly platonic relationship. They understand and confide in one another. Fraser is rather aggressive, blunt, and does not hide his true emotions. Caitlin is not afraid to call him out on his issues. Despite the fact that they had total opposite upbringings and come from different backgrounds, they both struggle with the same issue: identity.

Luca Guagagnino, co-creator and director, does a great job of depicting the back and forth, indecisive minds of teenagers. Guagagnino touches on adolescent issues such as self-exploration, drug and alcohol use, body image, parental pressure, etc.

The show also offers lots of diversity. Their friend group consisted of people from many different backgrounds, cultures, and religious beliefs. These strong supporting actors showcase the need for true friendship. The group goes through highs and lows with multiple relationships and even a major tragedy. They are impacted by the American conservative and proper mindset, but also the carefree and lively Italian mindset.

Since the season was so short, it jumped around a lot and was a little confusing. I think the writers did this to show how many aspects in adolescence are minimal, and not impactful in the future. The idea of fast feelings versus meaningful relationships is shown throughout all of the characters.

Although it is a short series, it deptics the highs and lows that many teenagers can relate to such as breakups, pressure, conflict, and change. It calls for self reflection to understand who we truly are deep down.

I would definitely recommend binge watching this series. I finished relatively quickly given that it was only 8 episodes. It starts off somewhat slow and confusing, but stick with it. Once you begin to understand the characters it gets very interesting.