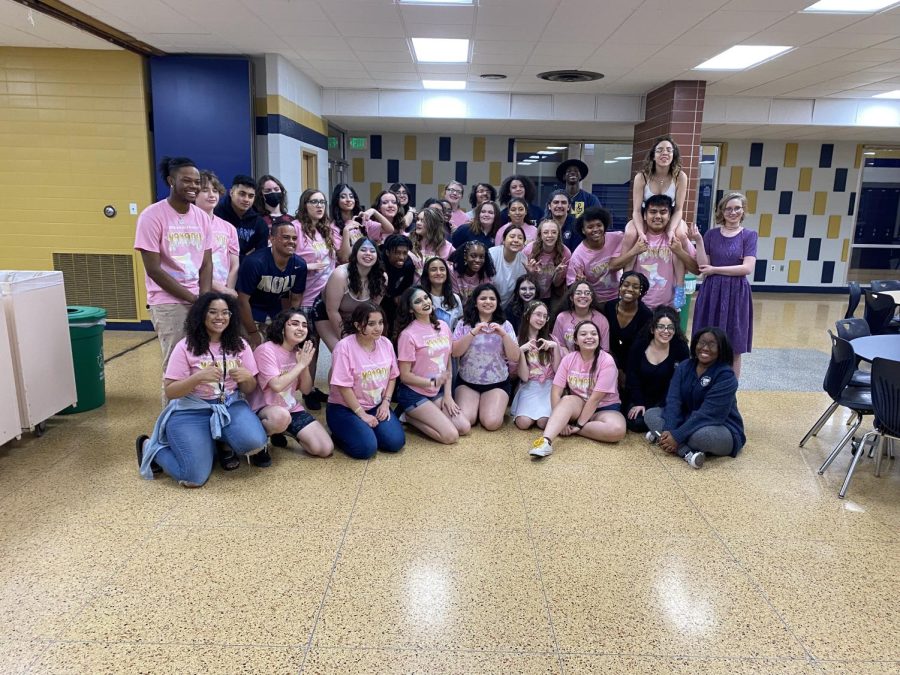 The Bishop noll drama club will be having their annual end-of-the-year party on May 19. They will celebrate their seniors and have a recap of the year. “The Drama Club End-of-the-Year Party will be held May 19th and is intended as a last hurrah for Drama Club kids before the summer starts. We will have food, music, and celebration,” said drama club president Abigail Wojtaszek, senior.

After the close of a successful spring musical this past weekend, bishop noll drm club will be hosting their annual end-of-the-year party on may 19 in the auditorium. At this event, the drama club comes together for fun activities, food, and awards.

“I came up with the Drama Club superlative idea last year, taking inspiration from how the senior class votes on superlatives at the end of the school year,” she said. “It is a chance to celebrate the achievements of the Drama Club members and show love for everything each person brings to the table.”

For voting, a Google Form is sent out to all members of the drama club.They can vote for candidates such as “best ensemble member”.

“Both Mrs. [Konkle] and I monitor the answers for the Google form and sign the certificates for each award. Then the Drama Club Board members, consisting of Adrianna Alvarez, Bianca Perez, and myself distribute the awards at the event,” Wojtaszek said.

During the party, the club will be announcing its new board members. With the seniors leaving there has been an opening for a drama club president, Vice President, social media manager and a fundraiser manager. The seniors will do their tradition of taking their shoes off with the person that will be them in the coming up school year to place them in their shoes and responsibilities.

A new tradition that started up last year was Konkle making a slideshow of a recap of the whole school year. Students send in any and all photos they have throughout the year of before shows and after shows, club meetings, camps from the summer and more to see how everyone has grown.