“You sure this is it?,” asked my hangry Latina grandmother as we drove into the parking lot of Tania’s Restaurant. You probably would’ve said the same if you pulled into an alley after being told about a peek into Latin American cuisine in East Chicago. Looks may be deceiving when it comes to this hidden gem on Indianapolis Boulevard.

Although finding authentic Latin American cuisine may not be difficult to find in a region that boasts dozens of exceptional Latin restaurants, Tania’s does it not only with heart but with dependability by being one of the most successful restaurants in the area bringing diverse Latin-American belly-filling delicacies.

Instead of only having what is expected of a so-called “Mexican restaurant”, Tania’s brings anything from south of the border to the menu–with an emphasis on Puerto Rican and Costa Rican cuisine. Tania’s menu has a take on every Latin culture with great quality. It’s hard to ask for a recommendation at Tania’s when everything is a good option.

Let’s just say there are a few fan favorites. If you’ve never had a jibarito make contact with your taste buds then you are missing a taste to be savored. Juicy steak between plantain accompanied by lettuce, tomato, mayonnaise, and a drizzle of garlic. All you need is $8.00 and an appetite to enjoy one of Tania’s most popular dishes.

Okay, okay, here’s the catch. Although Tania’s has no problem fulfilling your stomach, this establishment also has no problem emptying your pockets. With a minimum price of a small meal being $8.00–and when you want to sample everything on the menu, it’s easy to ask the question whether it’s worth it. In reality, the real question is whether you really value quality or not, and if the answer is yes, then Tania’s might just be for you. 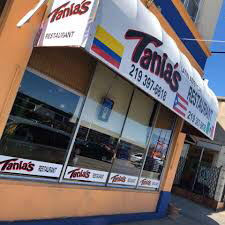