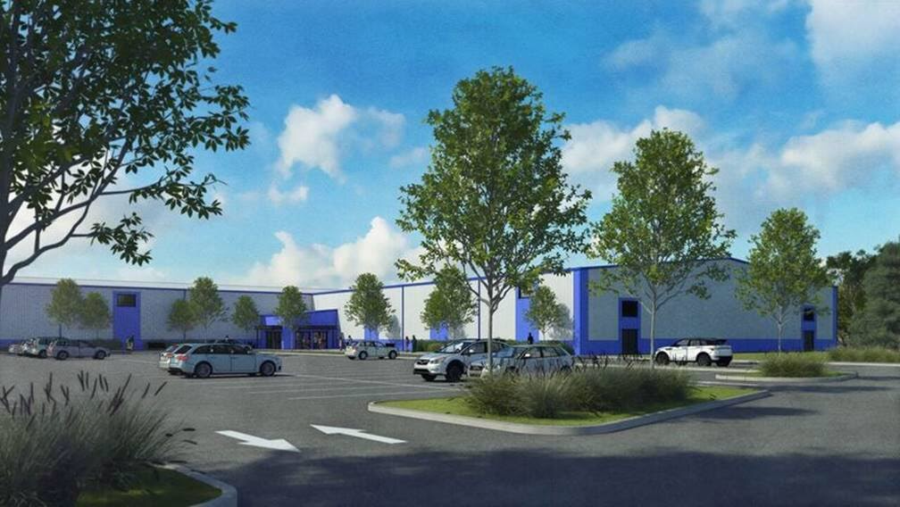 Northwest Indiana’s newest attraction, the Kube Sports Complex, will open on Dec. 23 for kids and adult hockey leagues as well as other recreational activities. The complex at 2825 J.F. Mahoney Drive in Hammond will also be the home rink for Bishop Noll’s hockey team.

The Hessville-based rink will be a huge improvement to Noll’s hockey team by making it more accessible to Hammond-based players, according to junior forward Sam Repay. Repay explained that the new hockey rink will benefit the school, too, by making the hockey program approachable for everyone to show up to their games.

“The Kube will benefit the team by allowing us to have more desirable practice times after school,” he said.

Because ice time is sometimes hard to get with limited rinks in the region, the team formerly practiced in St. John, IN; Floosmoor, IL, and Crestwood, IL.  Sophomore Richard Bozek, forward for the Warriors, said having a home turf allows them to have more games where students from Bishop Noll can attend. Bozek also explained that having their own turf allows them to have more practice.

“Personally for me, I love the fact that it’s a lot closer to me and also the fact that we will be able to have more practices,” he said.

Repay addressed that the Kube will be a big draw for Northwest Indiana residents because it will offer recreational activities that the residents might not have the chance to enjoy prior.

In addition to the ice rinks, the Kube also has trampoline activities and a full ninja course. It will be available for party rental, team building, meetings and other events.

Head hockey coach Rich Sobilo, who is one of the project team partners in the development of the Kube ice arena, expressed that the Kube is a wonderful facility for Northwest Indiana, South Suburbs, great Chicagoland, etc.

Bishop Noll hasn’t yet begun to skate on the Kube Sports Complex but they will begin skating during Christmas break.

“We will start practices and games in late December,” he said.

The facility is close to 100,000 square feet and is described as the size of two football fields. There is even a 20,000 square feet trampoline area called ninja courses and play area for smaller kids.

But Sobilo, who is a Bishop Noll graduate and has been an integral part of the hockey program since the ‘80s, wants to provide the Bishop Noll community with special opportunities at the Kube. On Saturday, Dec. 28 at 4:30 p.m., all Bishop Noll students are invited to a free open skate and skate rent as long as the students have their ID.