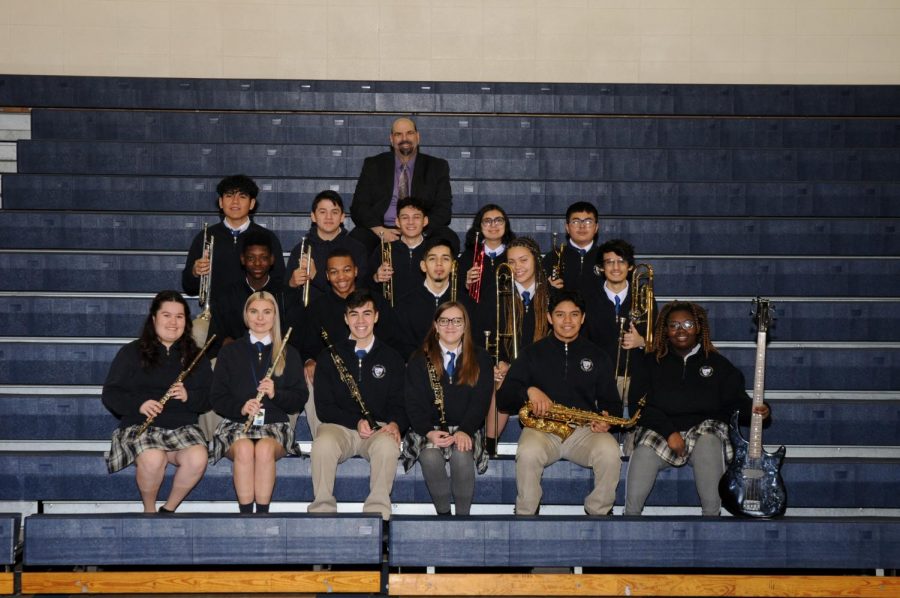 Bishop Noll’s Band held the first concert of the 2020 school year on Saturday, Oct.25, 2020. The band performed a COVID friendly concert outside, allowing guests to sit back and relax while listening to some classics and Disney favorites.

Bishop Noll senior and band member, Savannah Benitez, said the band’s hard work and practices made their concert a success.

Although COVID restrictions put a damper on a lot of their preparation, Mr. Rocco Carioto, band director, wanted to showcase the group’s hard work.

“Usually right after football season, we start practicing for a concert and this concert was the first ever to be performed in the fall, so we had to run on a bit of lack of practice but I think the band stepped up to the plate and did their best,” Benitez said.

Although the marching band has been in action since August, the concert band has had the same opportunities to practice, but they were able to squeeze in a lot of their preparation in between marching band practice sessions.

“This is different from playing at a football game because instead of using our uniforms and performing on a football field in front of a bunch of people, we are playing the music altogether as one and instead of memorizing the music we can easily just read it which helps make us sound fuller.,” Benitez said.

Benitez explains the challenges the band has had to go through due to COVID. These complications include having fundraisers to benefit the band and help with expenses for uniforms and travel plans.

“Because of COVID it’s been harder for us to have fundraisers, which really is tough because we are trying to get new uniforms for the band,” Benitez said. “Also we were supposed to go to Florida this year to the outback bowl and because of COVID we no longer can go and show our school spirit.”

Despite COVID anxieties, Benitez explains her excitement for the concert.

“My favorite song the band was performing would be part of the Hamilton showpiece because we only gave the crowd a taste of what we can do and it’s only a matter of time before we actually get to master the whole piece,” Benitez said. “I was most excited about seeing all of my friends that I never get to see virtually and play with them as a family.”