The Terrifying Months Caused by the Night Stalker 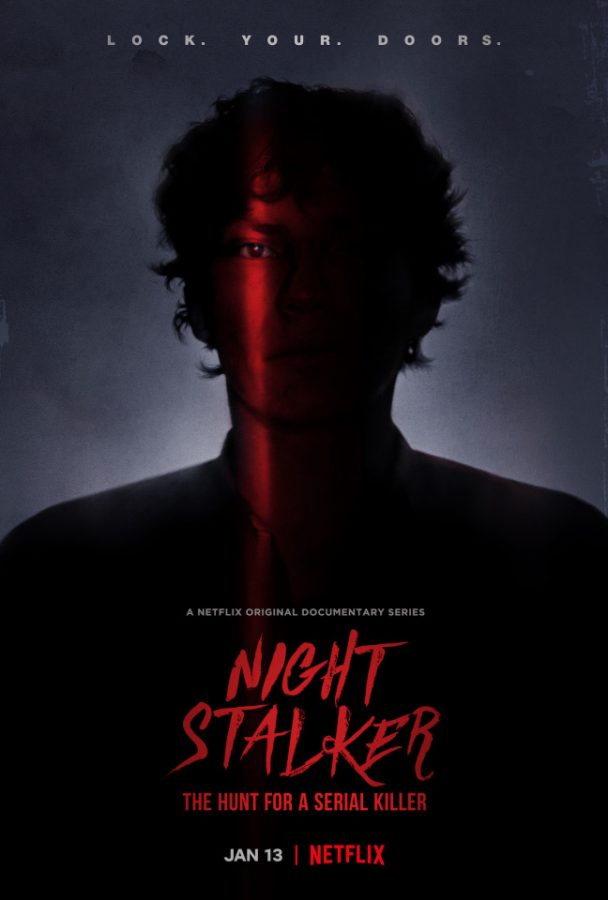 From the months of March till August of 1985, Richard Ramirez killed at least thirteen people, sexually assaulted eleven and robbed fourteen people in California, mainly in the east area of Los Angeles. Netflix’s “Night Stalker: The Hunt For a Serial Killer” is a four part true crime/horror documentary series, which follows two well known Los Angeles County Sheriff’s department detectives as they pursue catching serial killer, Richard Ramirez. Detective Frank Salerno and Detective Gil Carrillo retell the extensive pursuit, gains and losses of evidence, simple luck and the risks in their personal life simply by being committed to their careers.

This graphic and gory presented docu-series is filled with real crime scene photos and film, interviews with journalists, police/detectives, surviving victims and victims’ families who lived through these horrific months. For true crime fanatics, this docu-series is well paced so that it does not bore the viewer, but keeps them on the edge of their seat as the story unfolds and we learn about the ups and downs of this case. It truly gives descriptive information as to how terrified people in the community felt and how it affected their lives, as well as how it affected the detectives themselves.

In one scene, one of the detectives is retelling one night he had in his home. He was home alone since he and his wife decided it was best she take the kids away from any plausible danger, detective Carrillo went into detail about suddenly waking up, terrified with the idea Ramirez was in his home. He recalled those months being the only time he had ever slept with a gun next to him because of the ongoing case. Carrillo remembered waking up, grabbing his gun, and clearing his home from there being anyone else, specifically Ramirez, in his house. Not too long after, Carrillo received a phone call from a friend who happened to also work on the case and announced to Carrillo that the Night Stalker had just assaulted her neighbor, making this personal and too close to home for Carrillo.

Director Tiller Russell captured the story through a different approach from usual true crime case shows. Russell tells the story through the detectives’ perspectives as they relive their experience of their search to capture Ramirez. He allows the detectives to expand on their prior experiences and knowledge as to how they finally figured out information on the “Night Stalker”. Russell gives an amazing ending as he shows how a small block of neighbors finally ended the madness and terror coming from the “Night Stalker”, Richard Ramirez.