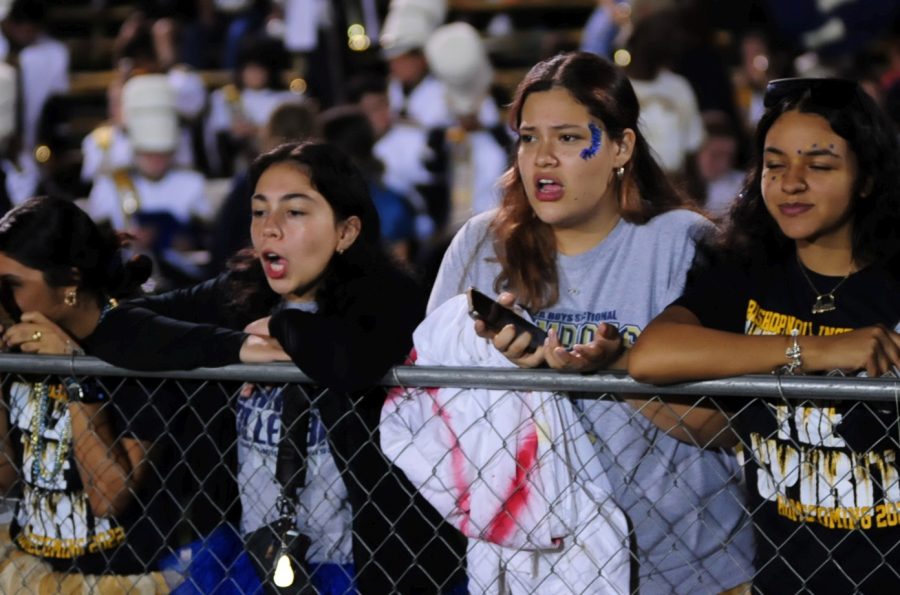 Groaning as Mr. Kevin Smith, guidance counselor, purposely stalls in announcing the name of the Homecoming queen,seniors Juliette Ortiz, Naomi Quiroz, and Aleni Vasquez grow eager to see who is crowned at the BNI Homecoming game against Lake Station on Sept. 16.“We were growing impatient during the excitement of waiting for Mr. Smith to announce the Homecoming Queen,” Vazquez said.

“I think it is just the fact that we have sort of found our school spirit,” Drexler said. “I would say as well as the fact that I think I, as a senior, and most of the rest of us just really want to enjoy our senior year.”

Their goal is to get student fans to support teams at every game, including the lesser-known sports like cross country and golf. With having a big crowd, this could bring confidence to the players. The seniors believe the fan sections had dwindled over the past few years because of the pandemic and low turnout at the athletic events.

“I think this student section is so energetic and by us being so energetic, it affects the other team by distracting them,” Quiroz said.

Some of the themes that have been done so far are beach night, red-white-and-blue night, and extreme Warrior Wear.

“ My favorite was beach because it was easy to do and was fun,” Gonzalez said.

The senior fan section leaders stress that all grade levels of students are encouraged to join the fans, not just upperclassmen.