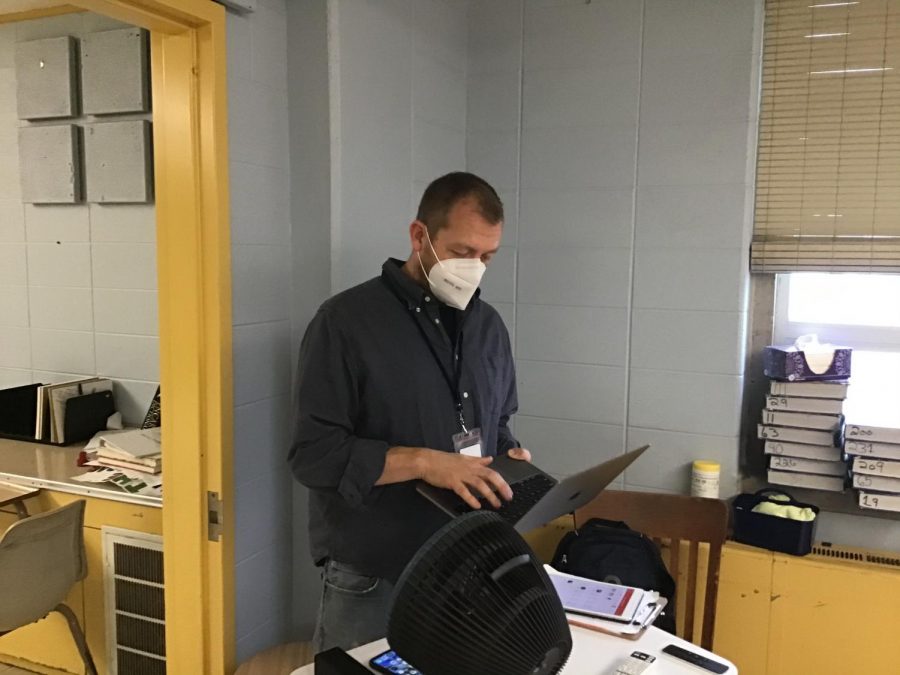 Mr. Ed Watrobka joins the Bishop Noll English department as the new sophomore English teacher. A former resident of Sauk Village, IL, Watrobka attended Catholic schools all the way through high school and is excited to be back in the Catholic school environment.

After attending Marian Catholic in Chicago Heights, Watrobka moved to Indiana and received a degree in English at Indiana Northwest in Gary. Although his background is English, Watrobka began his career as an EMT, field trainer, and supervisor for a private ambulance company. Then, he transitioned into a safety supervisor position for a logistics company.

But his careers in supervision were unsatisfactory, and so he went back to the drawing board.

“It seems like all my previous jobs were leading me to teach,” he said. “Most positions had some variation in training or teaching. When it came time to find a new career, I looked at what I enjoyed doing and what I was good at, which was teaching.”

Watrobka began his teaching career last school year at Clark Middle School in Hammond as a social studies teacher, but is grateful for his return to a Catholic institution.

“There is an overall feeling of kindness at Bishop Noll that I haven’t felt since my own Catholic education. I didn’t realize I missed it until I started teaching here,” he said.

“[He] is super talented with music and improvisation.  I think those two qualities are already showing through with his lesson planning,” Albrecht said. “I even took an idea from one of his lessons, and applied it to the Freshmen Engineering class. I love being able to collaborate with him.”

In his free time, Watrobka enjoys playing guitar and spending time with his wife and 4-year old daughter. 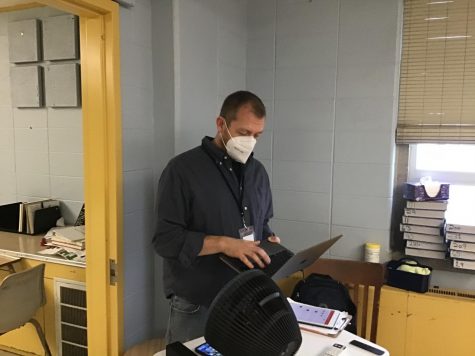